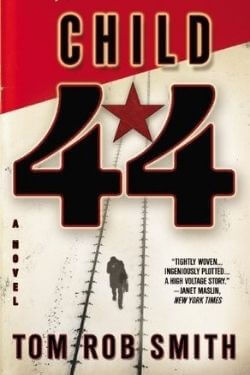 In a country ruled by fear, no one is innocent.

Stalin’s Soviet Union is an official paradise, where citizens live free from crime and fear only one thing: the all-powerful state. Defending this system is idealistic security officer Leo Demidov, a war hero who believes in the iron fist of the law. But when a murderer starts to kill at will and Leo dares to investigate, the State’s obedient servant finds himself demoted and exiled. Now, with only his wife at his side, Leo must fight to uncover shocking truths about a killer-and a country where “crime” doesn’t exist.

Trust but check. Check on those we trust.

There’s nothing more stubborn than a fact. That is why you hate them so much. They offend you.

To stand up for someone was to stitch your fate into the lining of theirs.

Tom Rob Smith is an author whose world include the Child 44 trilogy and Cold People. He currently lives in London.