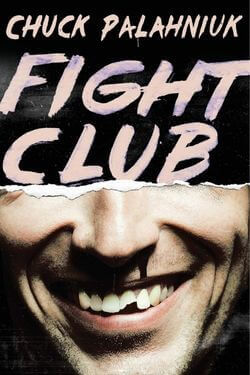 Chuck Palahniuk showed himself to be his generation’s most visionary satirist in this, his first book. Fight Club’s estranged narrator leaves his lackluster job when he comes under the thrall of Tyler Durden, an enigmatic young man who holds secret after-hours boxing matches in the basements of bars. There, two men fight “as long as they have to.” This is a gloriously original work that exposes the darkness at the core of our modern world.

I don’t want to die without any scars.

It’s only after we’ve lost everything that we’re free to do anything.

This is your life and its ending one moment at a time.

You know how they say you only hurt the ones you love? Well, it works both ways.

Chuck Palahniuk is an author whose works include Fight Club, The Invention of Sound, Consider This, and Haunted. Palahniuk currently lives in the Pacific Northwest. Visit the author’s website →