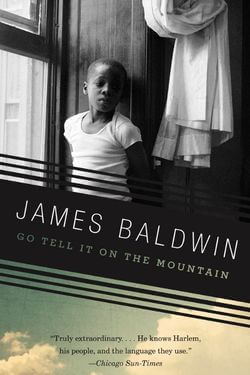 In one of the greatest American classics, Baldwin chronicles a fourteen-year-old boy’s discovery of the terms of his identity. Baldwin’s rendering of his protagonist’s spiritual, sexual, and moral struggle of self-invention opened new possibilities in the American language and in the way Americans understand themselves.

With lyrical precision, psychological directness, resonating symbolic power, and a rage that is at once unrelenting and compassionate, Baldwin tells the story of the stepson of the minister of a storefront Pentecostal church in Harlem one Saturday in March of 1935. Originally published in 1953, Baldwin said of his first novel, “Mountain is the book I had to write if I was ever going to write anything else.”

James Baldwin was an American writer whose works include Go Tell it on the Mountain, Giovanni’s Room, If Beale Street Could Talk, and Notes of a Native Son. Born in 1924 in New York City, Baldwin died in 1987 at the age of 63.