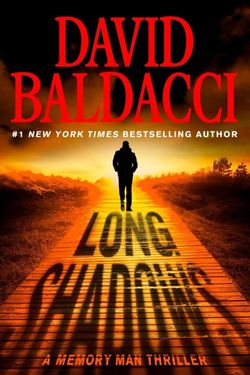 When Amos Decker is called to South Florida to investigate a double homicide, the case appears straightforward: A federal judge and her bodyguard have been found dead, the judge’s face sporting a blindfold with two eye holes crudely cut out, a clear sign that she’d made one too many enemies over her years on the bench.

What at first seems cut and dry is anything but: Not only did the judge have more enemies than Decker can count—from violent gang members, drug dealers, and smugglers to a resentful ex-husband—but the bodyguard presents additional conundrums that muddy the waters even further. Who was the real target in this vicious attack?

Meanwhile, Decker must contend with a series of unsettling changes, including a new partner—Special Agent Frederica “Freddie” White—and a devastating event that brings Decker’s own tragic past back to the present . . . and forces him to reckon with his future. As potential witnesses start disappearing, Decker and White are inexorably pulled down a twisted tunnel of secrets, crimes, and scandal—at the end of which lies Decker’s deadliest threat yet.