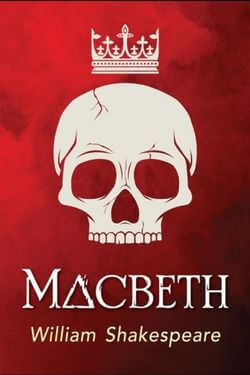 One night on the heath, the brave and respected general Macbeth encounters three witches who foretell that he will become king of Scotland. At first sceptical, he’s urged on by the ruthless, single-minded ambitions of Lady Macbeth, who suffers none of her husband’s doubt. But seeing the prophecy through to the bloody end leads them both spiralling into paranoia, tyranny, madness, and murder.

This shocking tragedy – a violent caution to those seeking power for its own sake – is, to this day, one of Shakespeare’s most popular and influential masterpieces.

By the pricking of my thumbs,
Something wicked this way comes.

Life … is a tale
Told by an idiot, full of sound and fury,
Signifying nothing.

Where shall we three meet again in thunder, lightning, or in rain? When the hurlyburly ‘s done, when the battle ‘s lost and won.

Movie Trailer for The Tragedy of Macbeth (2021)

William Shakespeare was an English poet and playwright, considered one of the greatest writers in the English language. Often called the “Bard of Avon,” his works include Macbeth, Hamlet, Othello, Romeo and Juliet, and A Midsummer Night’s Dream. Shakespeare died in 1616 at the age of 52.