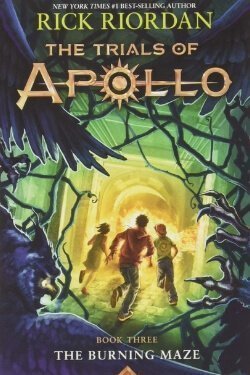 The formerly glorious god Apollo, cast down to earth in punishment by Zeus, is now an awkward mortal teenager named Lester Papadopoulos. In order to regain his place on Mount Olympus, Lester must restore five Oracles that have gone dark. But he has to achieve this impossible task without having any godly powers and while being duty-bound to a confounding young daughter of Demeter named Meg. Thanks a lot, Dad.

With the help of some demigod friends, Lester managed to survive his first two trials, one at Camp Half-Blood, and one in Indianapolis, where Meg received the Dark Prophecy. The words she uttered while seated on the Throne of Memory revealed that an evil triumvirate of Roman emperors plans to attack Camp Jupiter. While Leo flies ahead on Festus to warn the Roman camp, Lester and Meg must go through the Labyrinth to find the third emperor–and an Oracle who speaks in word puzzles–somewhere in the American Southwest. There is one glimmer of hope in the gloom-filled prophecy: The cloven guide alone the way does know. They will have a satyr companion, and Meg knows just who to call upon. . . .

Quotes from The Burning Maze

“Pain is an interesting thing. You think you have reached your limit and you can’t possibly feel more tortured. Then you discover there is still another level of agony. And another level after that.”

“Power makes good people uneasy rather than joyful or boastful. That’s why good people so rarely rise to power.”

Rick Riordan is the bestselling author of more than twenty novels for young readers, including the Percy Jackson series, The Kane Chronicles, the Magnus Chase series and the Trials of Apollo. Visit the author’s website → 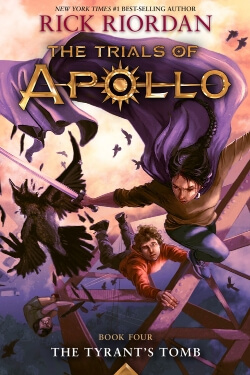 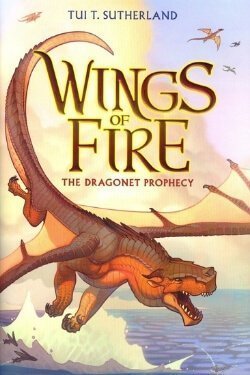 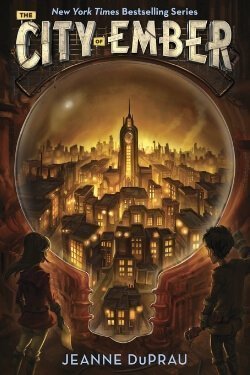