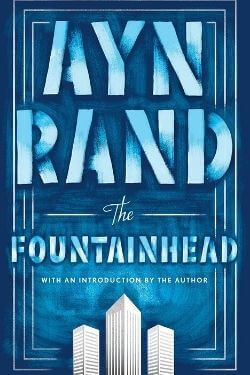 The revolutionary literary vision that sowed the seeds of Objectivism, Ayn Rand’s groundbreaking philosophy, and brought her immediate worldwide acclaim.

This modern classic is the story of intransigent young architect Howard Roark, whose integrity was as unyielding as granite…of Dominique Francon, the exquisitely beautiful woman who loved Roark passionately, but married his worst enemy…and of the fanatic denunciation unleashed by an enraged society against a great creator. As fresh today as it was then, Rand’s provocative novel presents one of the most challenging ideas in all of fiction—that man’s ego is the fountainhead of human progress…

Quotes from The Fountainhead

I could die for you. But I couldn’t, and wouldn’t, live for you.

The hardest thing to explain is the glaringly evident which everybody has decided not to see.

You have been the one encounter in my life that can never be repeated.

Integrity is the ability to stand by an idea.

Alice O’Connor, born Alisa Zinovyevna Rosenbaum, was a Russian-American writer and philosopher best known for her philosophical system Objectivism and her novels Atlas Shrugged and The Fountainhead, written under the pen name Ayn Rand. O’Connor died in 1982 at the age of 77.