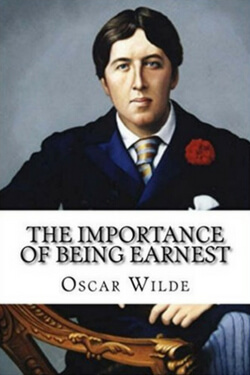 Cecily Cardew and Gwendolen Fairfax are both in love with the same mythical suitor. Jack Worthing has wooed Gwendolen as Ernest while Algernon has also posed as Ernest to win the heart of Jack’s ward, Cecily. When all four arrive at Jack’s country home on the same weekend the “rivals” to fight for Ernest’s undivided attention and the “Ernests” to claim their beloveds pandemonium breaks loose. Only a senile nursemaid and an old, discarded hand-bag can save the day!

Quotes from The Importance of Being Earnest

The truth is rarely pure and never simple.

All women become like their mothers. That is their tragedy. No man does, and that is his.

The good ended happily, and the bad unhappily. That is what Fiction means.

I never change, except in my affections.

Movie Trailer for The Importance of Being Earnest (2002)

Oscar Wilde was an Irish poet and playwright whose works include The Importance of Being Earnest, The Picture of Dorian Gray, and Salomé. He died in 1900 at the age of 46.