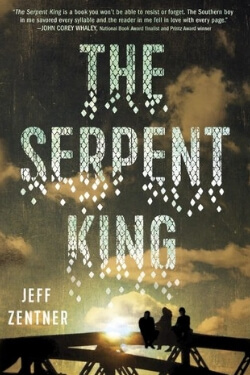 Dill isn’t the most popular kid at his rural Tennessee high school. After his father fell from grace in a public scandal that reverberated throughout their small town, Dill became a target. Fortunately, his two fellow misfits and best friends, Travis and Lydia, have his back.

But as they begin their senior year, Dill feels the coils of his future tightening around him. His only escapes are music and his secret feelings for Lydia–neither of which he is brave enough to share. Graduation feels more like an ending to Dill than a beginning. But even before then, he must cope with another ending–one that will rock his life to the core.

Debut novelist Jeff Zentner provides an unblinking and at times comic view of the hard realities of growing up in the Bible belt, and an intimate look at the struggles to find one’s true self in the wreckage of the past.

Quotes from The Serpent King

If you’re going to live, you might as well do painful, brave, and beautiful things.

Nothing makes you feel more naked than someone identifying a desire you never knew you possessed.

I want you to be careful in this world. My heart is wrapped up in you.

We live in a series of moments and seasons and sense memories, strung end to end to form a sort of story.

People live quiet lives and that’s okay. There’s dignity in that, no matter what you may think.

Jeff Zentner is the author of three young adult novels, The Serpent King, Goodbye Days, and Rayne &Delilah’s Midnite Matinee. He lives in Nashville, Tennessee, and speaks fluent Portuguese, having lived in Brazil for 2 years.  Visit the author’s website → 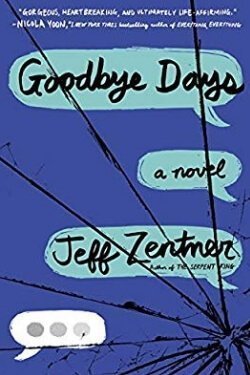 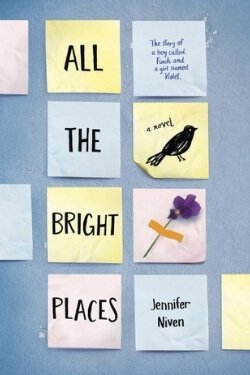 All the Bright Places
Jennifer Niven 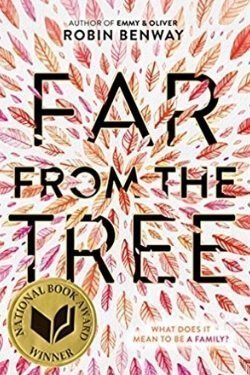 Far From the Tree
Robin Benway